Half bottle of Château Nauton Sauternes 2019

A delectable and luxurious Sauternes made from 50+ year old vines, surrounded on all sides by the most famous Premier Cru Classé, Château Yquem. 37.5cl bottle.

This remarkably sited Sauternes comes from 12 hectares of vines, now managed by the fourth generation of the Dufour family (unlike many illustrious Sauternes houses which were snaffled-up by multi-national conglomerates). Surrounded on all side by those owned by the only Premier Cru Superieur Sauternes, the world-renowned Château Yquem, it shares more than a passing resemblance to its so famous neighbour and the quality of the terroir speaks for itself; the wine exudes depth, class and delectable drinking. Made from 50+ year-old vines, is luscious and rich with a complex array of primary fruits, orange peel and zest, caramel, Demerara sugar and cream and sweet spice flavours. 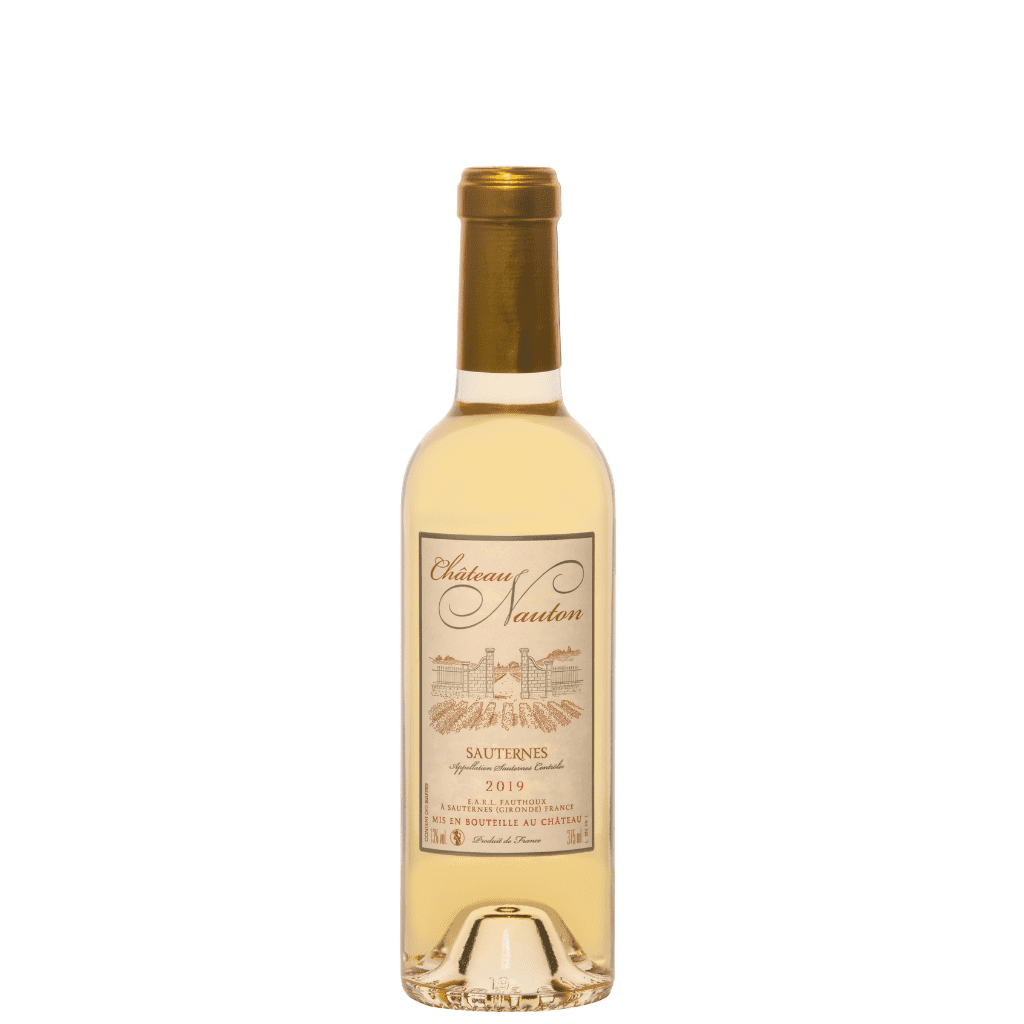