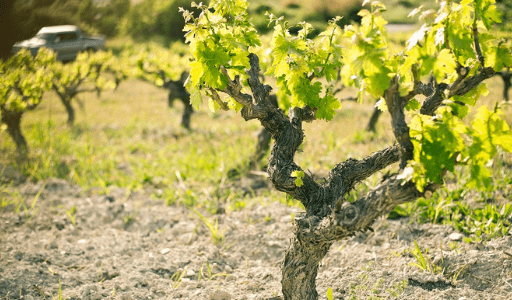 To consider the perceived qualitative differences in ‘old vine’ fruit we must first define the term, and this begins with Phylloxera – the pest which decimated European vineyards throughout the 19th century. The damage caused and the efforts to combat and restore the wine industry during this time dictated a necessary shift in viticultural practices, with parts of the European Vitis Vinifera species grafted onto American rootstocks. The pest was historically prevalent throughout North America, and these rootstocks proved to be more tolerant to the disease than their European counterparts. As a result of this hybridisation, we now had vines on rootstocks that were better able to tolerate Phylloxera. This opened the door to other breeding benefits for specific conditions, and winegrowers were able to select vines with a wide range of resistances: tolerance to soils high in lime, for instance, or more drought-resistant vines which could cope with higher soil salinity and other nematode tolerances.

So far, so good. However, like gluing your mother’s favourite mug together again after using it for putting practice, the resulting pieces end up weaker than the preexisting whole and so these vines tend to have a much reduced lifespan. What then, is classed as old? Despite what our children tell us, old is not 35. And yet by this point many vines on these North American rootstocks will have been grubbed up and replanted. More remote parts of Western Australia and far-flung islands like Cyprus nonetheless remain home to ungrafted vines.

Depending on who you ask, the oldest vine in the world (supported by its own museum and still producing fruit) is located in Maribor, Slovenia and is purported to be more than 450 years old. The oldest commercial vineyard still producing fruit is in the Barossa Valley (Shiraz vines at Turkey Flat in Tanunda) and records suggest that the vineyard was planted in 1847. Yet Brocard produces Chablis from a vineyard planted in 1946 labelled Vieilles Vignes (French for ‘Old Vine’. Look for Alte Reben in Germany). And then we’ve got Beaujolais being produced from 40-year-old vines, again using ‘Vieilles Vignes’, which is not one tenth as old as our Maribor vine nor even a quarter of the age of our Barossa vineyard. Understandably therefore, opinions differ over what should qualify as ‘old vine’. One reason for this is that there is no legal or scientific definition for what an ‘old vine’ is, or the requirements one must meet to be allowed to use the term. In Barossa, South Australia, an ‘Old Vine Charter’ and register was established in 2009 to try to preserve the legacy of these vines. The categories are: Old vines (35+ years), Survivor vines (70+ years), Centenarian vines (100+ years) and Ancestor vines (125+ years). Though this is still not a legal framework dictating labelling terms.

If there are indeed old and young vines, what does this mean for the wine? More importantly, why grow grapes on vines that are lower yielding, planted haphazardly four generations before you with very little thought given to vineyard layout? Worse still, they are larger (and so take up more room than carefully laid out, trellised rows of vines), expensive, and arduous when it comes to harvesting as modern machine harvesters are useless and so hand harvesting is the only viable option…

Firstly, the vine itself: deeper, more structured roots give the vine greater access to water and minerals deep within the earth (this is important in dryer years or consistent drought conditions); stockier, woody vines give greater reserves to plumb in leaner vintages; over time, older vines become better suited to their environment and tend to be more disease resistant in some Darwinian fashion (those that have survived have had to defend themselves over their lifespan and so have developed suitable tolerances). Moreover, the vine is better able to balance its vegetative growth and requires much less work in the vineyard. As Cypriot winemaker Sophocles Vlassides puts it, “old vines are reaching a balance of grape production and foliage area due to the root system” which translates to greater “complexity and concentration both aromatically and taste-wise”. A newly planted vine lacks all of these benefits. It takes between three to five years for a new vine to produce fruit suitable for quality wine, despite the phenomenon that the first full vintage from a new vine can be generous and lush. Top Bordeaux producers consider the fruit of vines younger than 15 years to be entirely inadequate to include in their Grand Vin, for example, often blending them away into other cuvées. Young vines simply do not have the established root system of older vines which is, for many, one key source of fruit complexity but also the very expression of terroir. Young vines tend to crop vigorously and yield generously and require close attention to produce high-quality fine wine. As with hand harvesting, there are great effort and cost implications. As the vine age increases, however, these tendencies begin to plateau until they reach that sweet spot where vigour and grape quality are in harmony.

It is important to note here that while many argue in favour of more concentration and complexity, it is not that any vine left to age will naturally produce better quality fruit. Sophocles is happy with his 100-year-old Xynisteri but feels Chardonnay is far less likely to outlive 40. So careful selection of grape variety is important, but so too is the choice of clone. One might stumble across a vineyard which shows clear signs of great age, but this will not equal great quality if yield is considered paramount and over-cropping vines are planted to produce larger quantities of simple, diluted wines with little sense of place or character. In addition, it is not simply that the wine will be ‘better’ if the fruit is from older vines or that greater concentration and complexity is guaranteed. A winemaker must try to “amplify the concentration of fruit with the production techniques. For red grapes, you would expect longer macerations and longer maturation in oak. [In] white grapes, you would expect having the wine for more time with its lees and possible use of oak (in my opinion use of oak tanks instead of oak barrels)”, argues Sophocles. Great wine is not merely about concentrated fruit favours but balance and these additional winemaking techniques are methods one might utilise to improve the whole, where the delicate, simpler aromas of younger vine fruit may be masked.

A vine that is 100 years old might have the potential to produce a wine of greater character and complexity than a younger sibling, but the winemaker’s devotion is just as important as vine age and quality of fruit. Much like one who chooses to farm organically, it is likely that those attributable ‘old vine’ characteristics are amplified by the winemaker’s devotion to quality and the decision to retain the variety’s sense of place, as well as to display terroir in the resulting wines. The difficulties presented attract a certain type of winemaker and this is, in all probability, a greater indication of quality than older vines directly equating to better fruit.